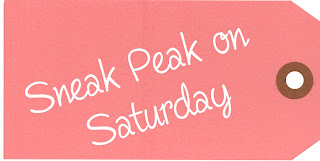 After a several months of cake baking for the farmer Terry, I plucked up the courage to ask a favour - could we come and feed the lambs? Terry who is a generous and generally wonderful chap said that of course we could. So on Monday we were treated to an hour and a half of pure delight on the farm.

(My apologies for the very bright sheeps eyes in the photos) 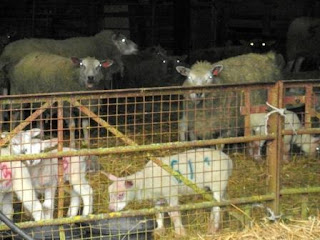 This is the first shed you come to on the farm (and I must confess I thought the only shed). Terry quickly pulled out two lambs and handed us a bottle. My little boy was a little unsure so just watched whilst I fed the lamb. 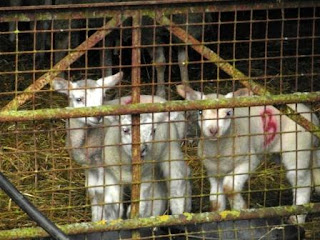 Those lambs that are already used to the bottle quickly come straight up to Terry - they weren't so sure about me. As Terry talked to us we learnt that each lamb has its own little character and quirks just like a new born baby and so some need to be coaxed to feed whilst others pretty much try and swallow the bottle. Terry sounded like a midwife as he talked me through the various ways to encourage the lamb to suckle.

We went further into the sheds and met more and more ewes, rams and lambs.  I went into a pen with a ewe and two lambs who had never had a bottle before. The ewe stomped her feet and suddenly seemed very, very big.She did make me nervous but hopefully I will get more confident and be able to go into pens without upsetting the ewe.  Terry is so close to his sheep that he gave a few of them cuddles as we went round! I absolutely loved it and am really hoping I will be able to help Terry out with bottle feeding next year.

The highlight for my little boy was undoubtedly the tractors - he got to sit in and "drive" two with the promise of a trip round the field in a couple of months. He loved seeing all the machines and the sights and smells of the farm. Terry might have a couple of new apprentices next year! 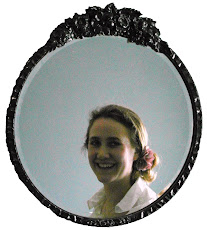 rosieandtheboys
Bedford, United Kingdom
I've been a floral designer for over 10 years. Now settled in Bedfordshire, UK with my husband, boys and dog I've recently started exploring paper cutting. Basically I like making pretty things and playing with scissors!